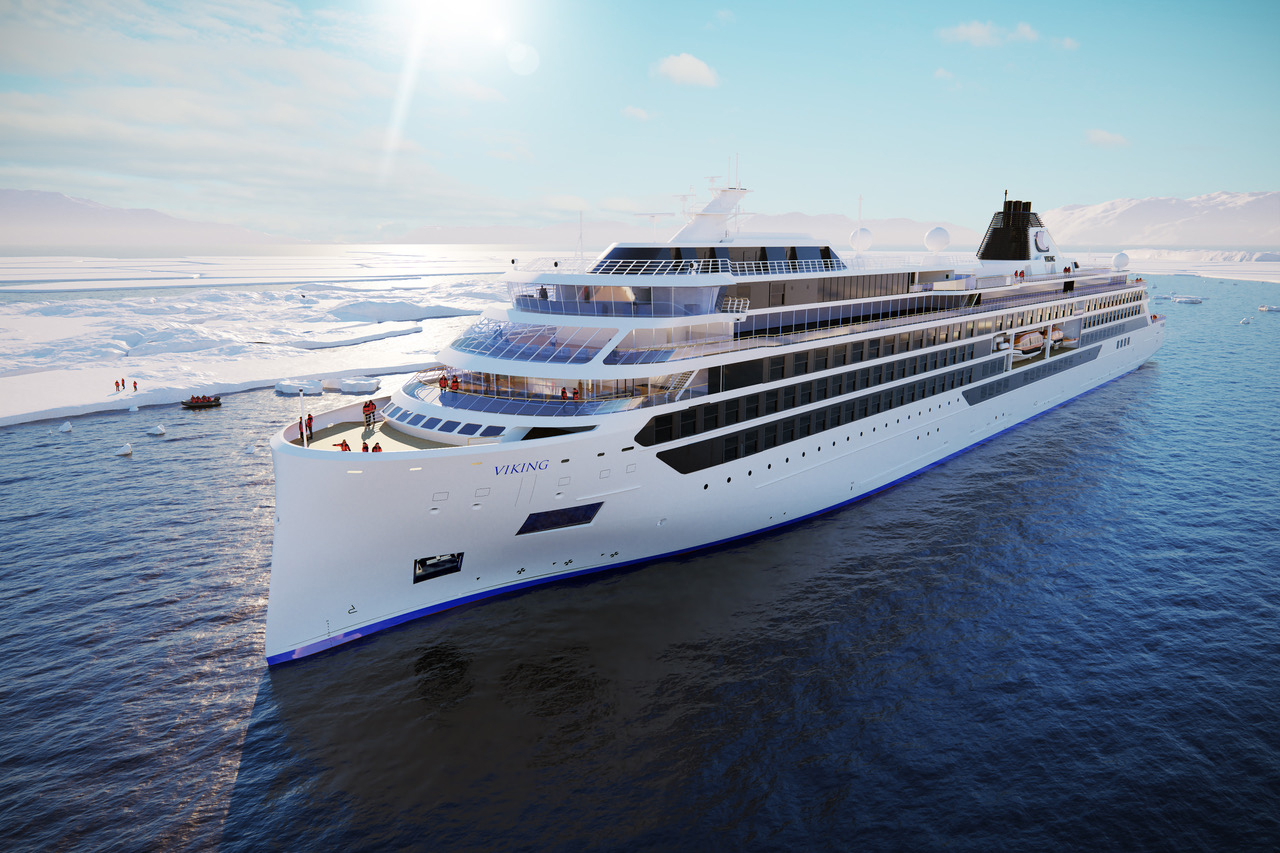 Viking to Bring Expedition Cruising to the Great Lakes, the Antarctic and Arctic
January 30, 2020 by Judi Cohen.

January 15, 2020 – Los Angeles: On the heels of becoming Number One in the world in River Cruising, and the leading small-mid ship Ocean Cruising company, Viking Cruises has announced a bold new expansion into Expedition Voyages. The first six expedition cruises in 2022, open only to returning Viking guests, have already sold out. 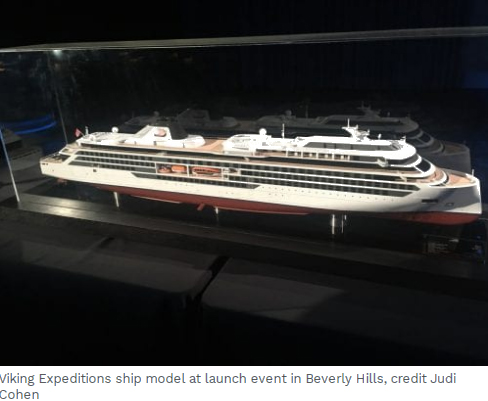 Details of Viking’s Plans were unveiled by Chairman Torstein Hagen at a launch event at the Beverly Hilton in Los Angeles, the same place Viking’s Ocean Cruises were launched by Mr. Hagen on May 16, 2013. Launching in 1997 as Viking River Cruises, today they are known simply as Viking, offering destination-focused voyages on more than 20 rivers, five oceans, and five Great Lakes, visiting 403 ports in 95 countries on all seven continents. 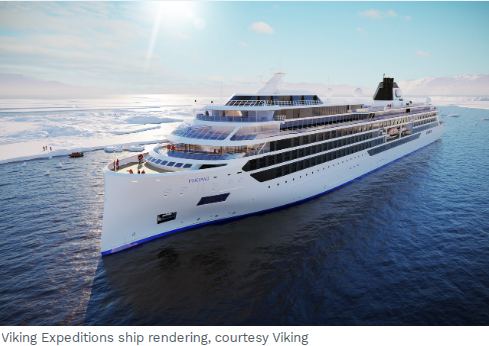 The new Polar Class 6 Viking Polaris and Viking Octantis are planned to be the most environmentally-friendly expedition ships in the world and will accommodate 378 guests in 189 staterooms; both are currently under construction and will be delivered in Norway. They will be optimally sized – small enough to navigate remote polar regions and the St. Lawrence River, while large enough to provide the stability necessary for the roughest seas. The ships will be working research vessels. Each ship will have a 430-square-foot laboratory where scientists and guests can collaborate on marine research, including the study of seabirds in the Great Lakes and polar regions.

Viking has designed these ships with a number of unique features. 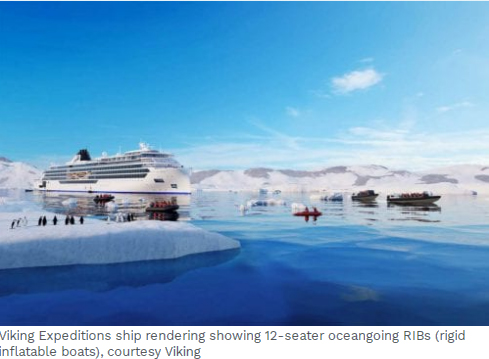 The Hangar; an enclosed in-ship marina for launching small excursion craft with a flat, stable surface shielded from wind and waves.

The Aula, a panoramic auditorium at the stern with floor-to-ceiling windows and 270 degree views, and the Finse Terrace, an outdoor lounge area with couches and lava rock “firepits”. 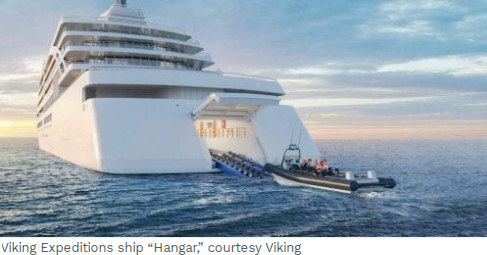 In the words of Mr. Hagen, Viking will “never nickel and dime guests”. The Expedition fares will include shore excursions, onboard meals, all port charges and government taxes; beer and wine with lunch and dinner; premium dining reservations; lectures, Wi-Fi; self-service laundry and shoeshine services; access to the magnificent Nordic Spa; 24-hour room service; charter flights for hard-to-reach locations, and the use of Viking Expedition Gear specialty equipment for land and sea excursions. On polar itineraries, guests also receive their own Viking Expedition Kit, which includes everything needed for comfort-as well as a Viking Expeditions Jacket to keep. 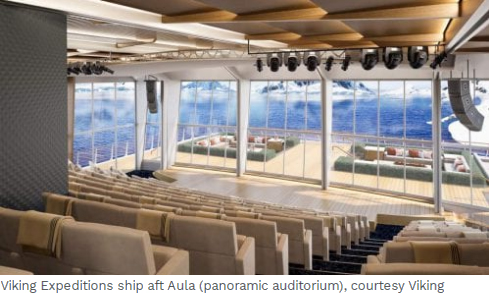 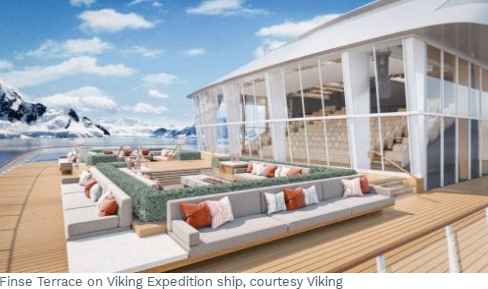 The 2022-2023 inaugural Viking Expedition voyages are:


Our Family of Travel Companies